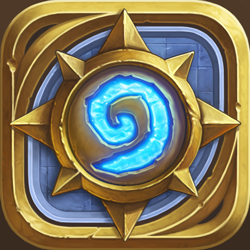 Remember Warcraft? Then came along the MMORPG version that had everyone raving about what was possibly the biggest game of all time? All this of course, was much after Pokemon had released the trading card version of the game. Gotta catch’em all,

the tagline said. Now imagine a clash of these two iconic games, the features of a full Pokemon trading deck, made with all your favourite characters from World of Warcraft. Now take that imaginary game and blow it up by a 100x and that is when you get Hearthstone.

The game is pretty straight-forward. Turn by turn bashing up of the enemy and his minions until his/her (let’s not be discriminatory here) health drops to zero. Simple. You start off with the standard tutorial where your first lead character, Jania Proudmoore is assigned to you.

Jaina is an Archmage with power and sass to match, so you do start off pretty confident. In each match, you use mana crystals to summon minions and cast spells that cause damage and reduce the enemy’s health. As you go through each turn, you get more mana in the subsequent rounds which mean that towards the end, you can summon the most powerful of your minions in the deck to fight that round. Finish the training rounds, and you get to register a free ID to enter the actual game itself After the initial initiation, you get to unlock the other classes of characters, where you get to choose heroes including the legendary Hunters, or the Druids, the DemonHunters and the others. Ranked matching starts only after level 25, so you do have quite a bit to go before you start getting your virtual fists dirty.

The interface is quite interesting and features the best of the artwork from the World of Warcraft. Unlike other card games, the UI shows the cards physically move across the deck which is something that is quite a refreshing change from the other games.

Sometimes the cards do not seem to line up the way you want, but that just makes the game more interesting. There is a great variety of choices that you can make when choosing your deck and playing them. Improve and upgrade your decks for each hero and play infinite combinations in the multiplayer version.

Hearthstone certainly is one of the better games you will come across. Free to download, the app offers in-app purchases for power ups and rare cards to add to your deck for real money. Available on all devices supporting iOS 7 and up, and Android 4.0 and up.