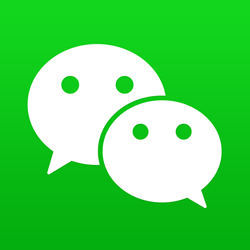 WeChat is another iteration of the wildly popular data based messaging services launched to enable global users to communicate more easily. WeChat offers the standard features that almost all other applications including Viber and Line offer, an account based on your phone number and calling based on data services.

While WeChat is quite similar to other apps, it is actually a little better than the standard slew of apps that we have come to see on the market. More on that in a bit. The interface of the app is easy on the eyes, although there is a distinct feel that the developers went for something that looks a bit like Viber, but with the green-grey colour scheme of WhatsApp.

Having said that, the app offers a lot more features than WhatsApp currently does (read video and voice calling). The app has the standard features including chats for single conversations and group conversations including fun stickers and the ability to share voice notes. The calling ability is actually quite a decent feature and offers moderately clear calls over WiFi or 3G. Don’t bother booting the app up if you are nowhere close to a 3G connection, it simply cuts off.

Having said that, the app actually offers a better call quality than standard network-voice calls, which is another reason to now choose a plan with fewer minutes and more data. The one feature that I have come to really like about this app is that it does not let you call another user unless you are a confirmed “friend”.

This social network level security feature is actually quite appealing, as it means you don’t receive random messages from someone you don’t know or isn’t on your contact lists (Whatsapp, I’m talking to you). The app also issues a friendly notification that it does not store your contacts and will not share them, which is nice to know. Available for free download on both Appstores, WeChat is available for devices running iOS7 and up, and Android 2.3 and up.