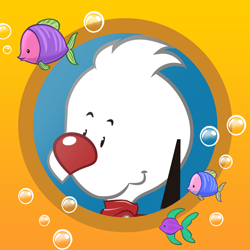 In the current age, where almost every child seems to have their own smartphone, it is increasingly important to ensure that they are properly supervised, while still allowing them to take advantage of all the benefits new technology can bring. Playkids is a singular app that actually helps combine the confusion of opening multiple apps to teach your little one something new.

Having a nephew who is just turning two, I have been witness to his significant demands to view things on YouTube (usually lasts about 30 seconds unless its

Thomas the Tank or Nyan cat –then it goes on loop for hours. Yup), and then watch him close the app and move to another children’s game app, and he seems to be able to operate the device (his personal iPad) without any issues, so much so that I seem to have a minor complex about my inability to work it as well as he does.

On a more serious note, when I opened up the PlayKids app for him the first time, he not-surprisingly went to change the app to YouTube.

But when he was shown that the app opens both videos and games for his entertainment, he seems to have been hooked.

The free version of this app has a few videos and about 6 educational games that help him learn everything from names to spelling, from counting to nursery rhymes.

One of the other reasons I have come to like this app a lot is the baby mode where the screen doesn’t tap out, or the device locks when a baby taps the screen.

This singular feature has actually saved a lot of tiny tantrums that can usually erupt when he manages to knock Thomas off the video playlists. The app offers a subscription package for access to a fantastic amount of content including educational videos and games.

The free version, though limited, can show you why this app is actually a major lifesaver. The app is free to download, and offers in-app purchases. The app runs on devices running iOS7 and up, and Android 2.3 and up.