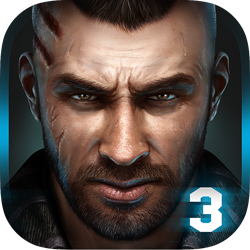 In a world of Shooters, there are the gaming industry standards like Medal of Honor, Battlefield, and Deus – Ex (not so much as the others), and then there’s Overkill 3.

In a game that is a bit over the top with its enthusiasm and in-game knick-knacks, Overkill 3 is one of those games that makes you want to hi-5 the game designers for making something that can easily take you back to your teenage years spent over a console shooting everything from zombies to enemy troops to some demented intergalactic monster.

The game starts in the stereotypical setting of the future, where things are grim and obviously deadly (for you). The villain is the Faction, a ruthless organization that has the usual ideals and goals – Global Domination, Total Control and Utter Chaos. Enter the main protagonist – you. You get to lead the resistance (spoiler alert? Nope.) against the Faction to save humanity from utter destruction, and the Factions cool, but destructive killing machines.

The game is easily comparable to those such as C.H.A.O.S and others, where you get to shoot over your character’s shoulder. The controls seem easy, with the bottom left side to be used to set your targeting crosshairs, and the lower right side to shoot, reload, call-in support and to use medikits.

While this seems pretty easy to manage, the integration of auto aim or tap to aim would have made for much better game play.

The game does seem a bit laggy on occasion, but that could be because the game is huge, and uses up quite a bit of resource to run the graphic engine (the Nexus5 testing the app had a bit of an overheating issue, while the iPhone 6 seemed to manage just fine – till the battery drained a good bit).

There are 6 different modes to play in, including a timed mode where you get to kill as much as you can till the timer runs out. The graphics on the game could definitely be a bit better, given the large file size and the amount of device resource it uses, but I suppose those bugs are for future updates.

If you’re looking for a game that will let you pass time easily without being too much of a hassle, especially if you are into a bit of shooter-gore, then this is definitely one you should give a try.
Available on both Appstores, for devices running iOS 7 and up, and Android 4.0 and up.