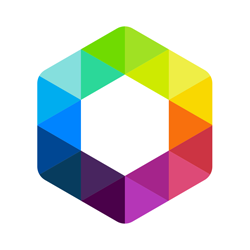 The Rosetta Stone Fit Brains Trainer is another entrant in the arena of memory improvement apps. The basic functions of the app are aimed at improving cognitive ability and responses. The app does seem quite similar to a lot of the other apps including Elevate. However, there are certain sections that do stand out in comparison. Of course, the app does have its own faults as well. I found the app offers a large variety of games and activities that can be played for points that tally up and offer increasing levels of difficulty.

The app in itself offers more opportunities than apps such as Elevate, where you can take as many tests as you like in a day. However, you do not have access to all 13 of their games unless you are a premium user. Another handy feature that I loved about the app was its reminder. You can set the timer to remind you to complete your brain-train session every day. All of the exercises featured fall under 5 major categories – Concentration, Speed, Visual, Memory and Problem Solving. The games are designed with the specific task of improving your responses in each category. Each of these games offers interesting challenges as you progress through each exercise session. The game is quite supportive, in that it didn’t call me an idiot right away. It features gentle reminders of achievements and highlights improvements that can be viewed after every session. One major headache with the app that I found was that you can play this only in the portrait orientation. Any change of orientation during a game skews the display and you are forced to exit the current exercise and begin it fresh. The other was the score keeping mechanism, which says you need 3500 points to classify as advanced. While that is alright, the fact that it referred to my score of 3895 points doesn’t really support the whole “Brain-Train” classification. So much for being smart. The app is free to download on both App Stores, and is available for devices supporting iOS 7 and up, and Android 2.3 and up.