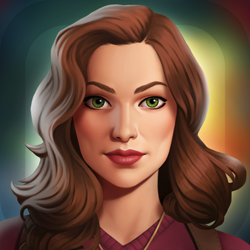 Agent Alice follows in the footsteps of established clue-hunt based games such as Criminal Case. The aim of the game is simple. Identify clues and solve the case, rather, each stage of the case. Each level is based on a timer system where you earn points the faster you are able to find all the clues.

Each level gets more interesting as the characters evolve and allow you to try different forms, including a stage where you are required to shoot at the villain by tapping the screen at the right time. This game follows an interesting episode plot line, where the lead played by Special Agent Alice Wallace, uses her skills to find clues, confirm leads and solve the case! The game is set in the 60’s, and Alice gets support from her colleagues, Ben, a Korean War vet, and Pete, a thief who harbours a knack for being an absolute charmer bent on stealing Alice’s heart. Each week, new episodes are released with interesting plots,

where Alice and her accomplices try and solve murders, crimes and even deeper, supernatural cases featuring Oberon the mysterious villain. The main interface for the game features some brilliant artwork and design by the talented team at Wooga, who have gone all out in ensuring that no detail is left to the imagination. With vivid colours and detailed art work, the game makes for an appealing and entertaining session of relaxation.

Each week, as new episodes are released, so are new forms of puzzling action including Timed Matching, Lock Picking and even Spot the Difference. While the game works more or less lag-free on the iOS environment, it appears to lag quite a bit on the droid devices (Nexus 4 and 5) and restarts. Another personal niggle that I found was that the game isn’t as generous as others when it comes to awarding points or stars for each level, but then again, I’m a little more biased towards easy games 😉 The game is free to play, but offers in-app purchases for boosts. Available on iOS and Android (iOS 7 and above, Android 2.3 and above).